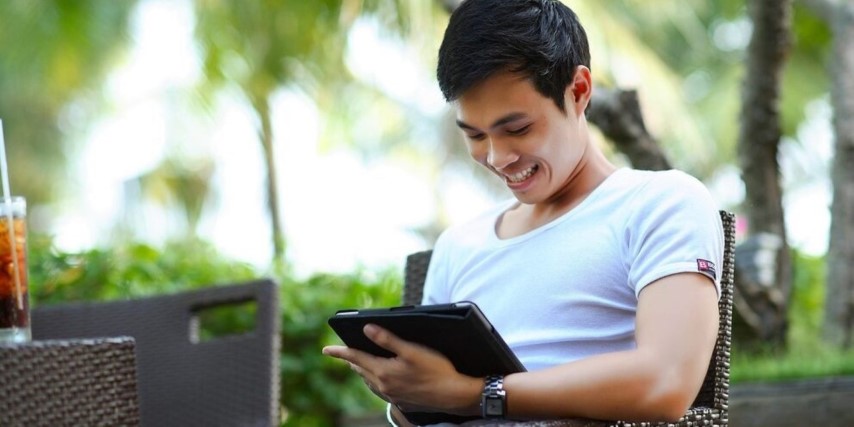 The iconic Brooklyn Bridge in New York City as the sun rises over it. The state of New York celebrated over the weekend to mark the half-year anniversary of the introduction of mobile sports betting. Since the first applications went live, the state has collected more than $300 million in tax revenue, a significant increase over the initial projections. (Photo courtesy of Adobe Stock by electronic)

New York has established itself as a leader among other states in the implementation of effective gaming policies in just six months. As a result, hundreds of millions of dollars have been appropriated for critical programs that will improve the lives of all New Yorkers… “I look forward to continuing to pass responsible gaming rules that provide thrilling entertainment for New Yorkers of legal age – all while keeping vital safeguards in place to assist those in need,” the Governor said.

Because of the unexpected windfall that New York has received, the state is already far ahead of its forecasts in terms of tax revenue collected. During the fiscal year 2021-22, which ended on March 31, the state expected to receive a total of $249 million in revenue from sports betting. The state expected to receive $200 million in license fees from this total. The state made a profit of more than 360 million dollars from the operation of sports betting venues in the most recent fiscal year.

The state’s receipts continue to outperform projections by a wide margin. For the fiscal year 2022-2023, the state of New York expects to collect $357 million in taxes from wagers on sporting events. At the end of the first quarter of the fiscal year, it had already received more than $152 million. The fact that the National Football League season has yet to begin – football being the most popular game among sports bettors – almost guarantees that the state will easily outperform the projected 22-23 record.

The primary reason for the state’s haul is the 51 percent tax imposed on gross gaming income. The idea for the tax rate came from Hochul’s predecessor as governor, Andrew Cuomo.

Betting on sporting events has been legal in the state of New York since 2019. However, it was initially only available at retail sportsbooks within the state’s Class III commercial and tribal casinos, all of which are located in the upstate region. Before the COVID-19 outbreak, Cuomo had shown no interest in the legislators’ plans to allow internet wagering, despite significant pressure on him to do so. At the time, the state was potentially facing a multibillion-dollar shortfall as a direct result of the shutdowns, which hurt state tax collection streams.

Governor Cuomo requested that operators compete for licenses during negotiations with lawmakers about the previous year’s state budget. The state launched a solicitation process that appeared to ensure that operators would be required to hand over 50% of their gross gaming earnings.

Since the service’s inception, several operators have been lobbying Albany to reduce the rate. But so far, that hasn’t been of any use. There has also been some discussion about expanding sports betting so that licenses could potentially be offered to all previous year’s applicants. But the legislature was also uninterested in considering that proposal.

When the state legislature reconvenes the following year, the issue of expanding sports betting will likely be on the agenda in Albany. Assemblyman Gary Pretlow (D-Mount Vernon) and State Senator Joseph Addabbo (D-Queens), both Democrats and chairs of their respective gaming committees, have been leading advocates for the state’s legalization of online casino gaming. This could open the door for other operators to apply for licenses, or it could spark a discussion about lowering the tax rate on online sports betting. These outcomes are both possible.

The vast majority of the money collected in taxes from sports betting will be used to fund the state’s numerous educational initiatives. In addition, $5 million in tax revenue will be used to fund athletic programs for underserved students, and $6 million will be allocated to problem gambling education and treatment.

According to Chinazo Cunningham, commissioner of the state’s Office of Addiction Services and Supports (OASAS), his department is looking forward to seeing how the new funding stream will help increase prevention and recovery services across the state.

What Others Have Said About Sports Betting Online in New York

When we were putting together the legislative strategy for mobile sports betting, there was no doubt in my mind about the outcome, said Pretlow. “I looked closely at what New Jersey was doing and realized that a large part of that state’s success was due to New Yorkers moving to the Garden State from New York. I saw it as an opportunity to keep more of the state’s tax dollars and make New York the most profitable betting market in the country.

A Look at the Sports Betting Statistics in New York

Throughout the previous year, the New York State Gaming Commission granted licenses to eight different platform providers to facilitate nine different sportsbooks. The current operators in the state are BetMGM, Bet Rivers, Caesars Sportsbook, DraftKings, FanDuel, PointsBet, Resorts World Bet, and Wynn Interactive. Wynn Interactive is also present. They were joined by the final operator to go live, Bally Bet, who did so just a few weeks ago

More than $8.64 billion in wagers have been placed in the state since the start of online sports betting

FanDuel is the most successful sports betting operator in New York in terms of both handle (the total amount of bets accepted) and gross gaming income. Since its inception, the Flutter Entertainment brand has generated $3.43 billion in transactions and $281 million in gross gaming revenue (GGR).

In comparison, DraftKings reported $2.12 billion in the handle and $139.9 million in GGR, while Caesars accepted $1.8 billion in bets and made $129.9 million in GGR. BetMGM, which finished fourth in both handle ($775.4 million) and gross gaming revenue ($32.2 million), debuted a few weeks after the top three.

According to GeoComply, a company that provides geolocation security services to online operators, approximately 3 million individual player accounts have been registered since the launch of online sports betting on January 8. These accounts are responsible for the generation of over 707 million geolocation transactions. Even though a geolocation transaction does not necessarily result in a successful wager, GeoComply has stated that the statistic is a good predictor of the amount of betting activity in a certain market.